The monumental 12-storey building in the bustling centre of Rotterdam, designed in 1955 by Van Tijen and Maaskant, consists of 88 two-room and 33 three-room apartments. A mix of young professionals from the Netherlands and abroad lives in City House.

Modern living in a monumental building

The apartments have been completely transformed, whereby the resident has everything that is needed in a modern luxury city apartment. Both unfurnished and furnished homes are available from € 1,650 per month, excluding service costs. Prices and viewings on request. 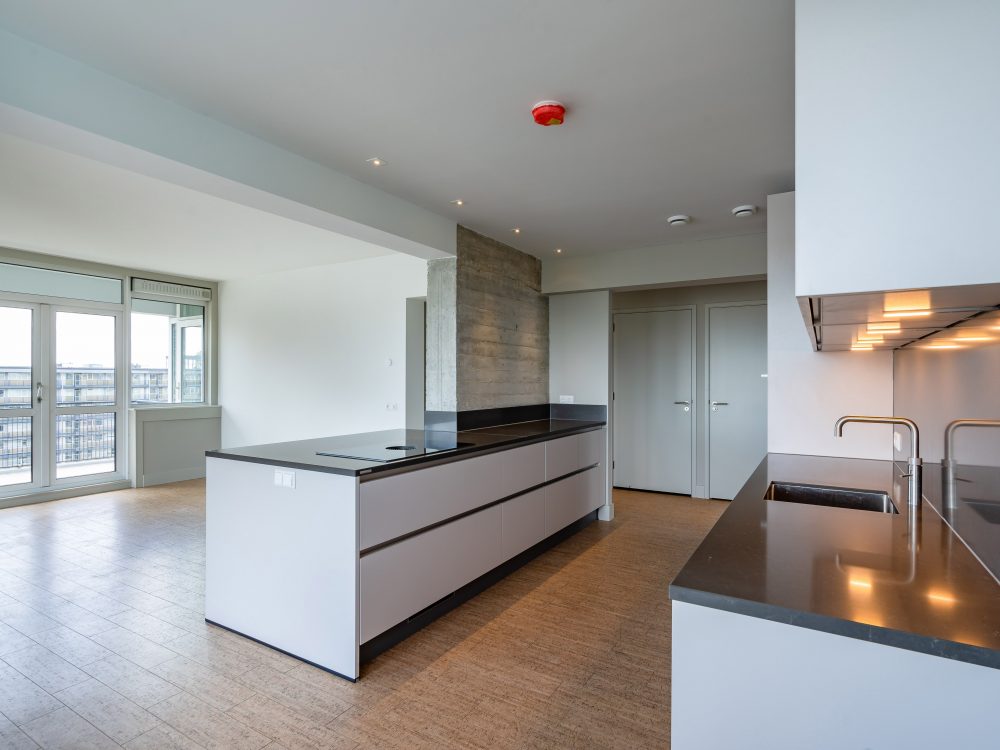 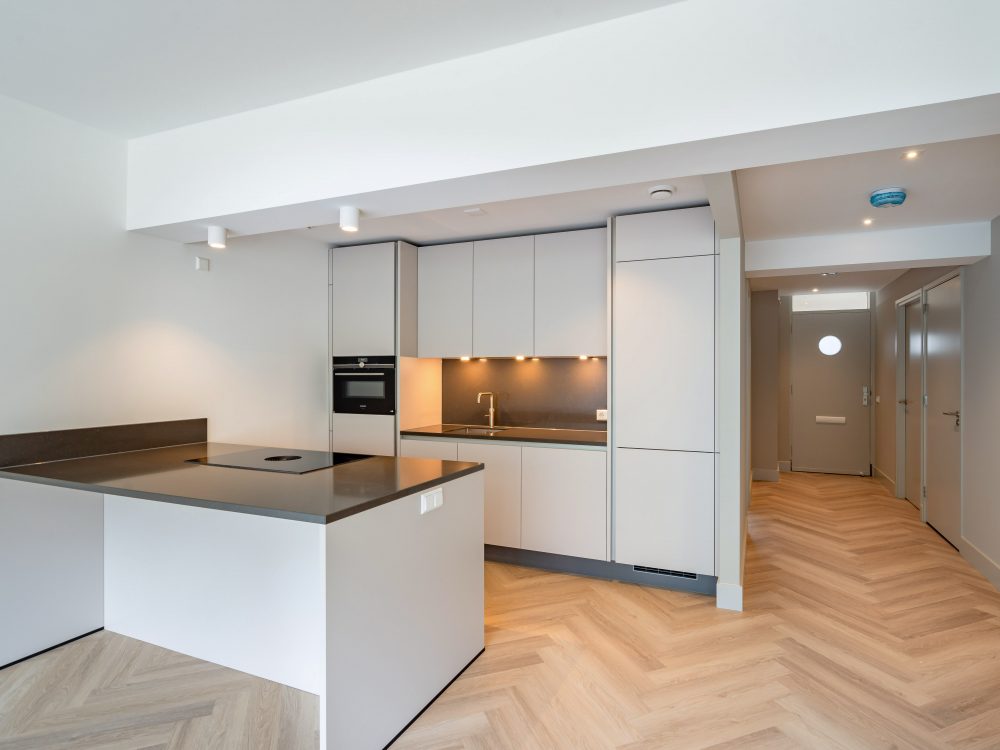 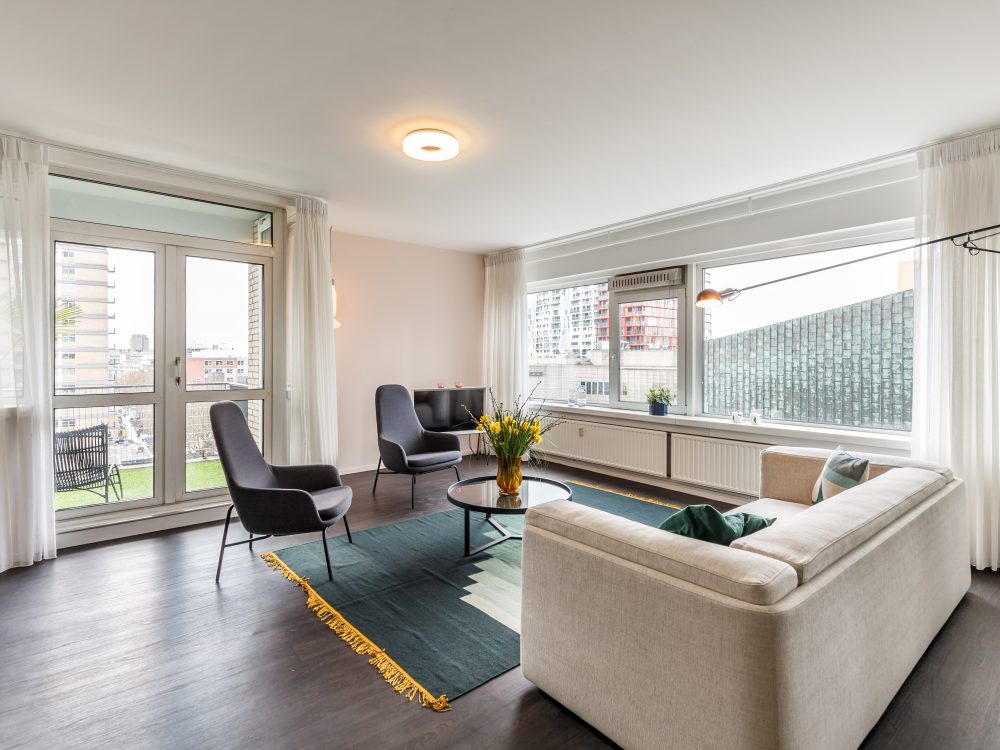 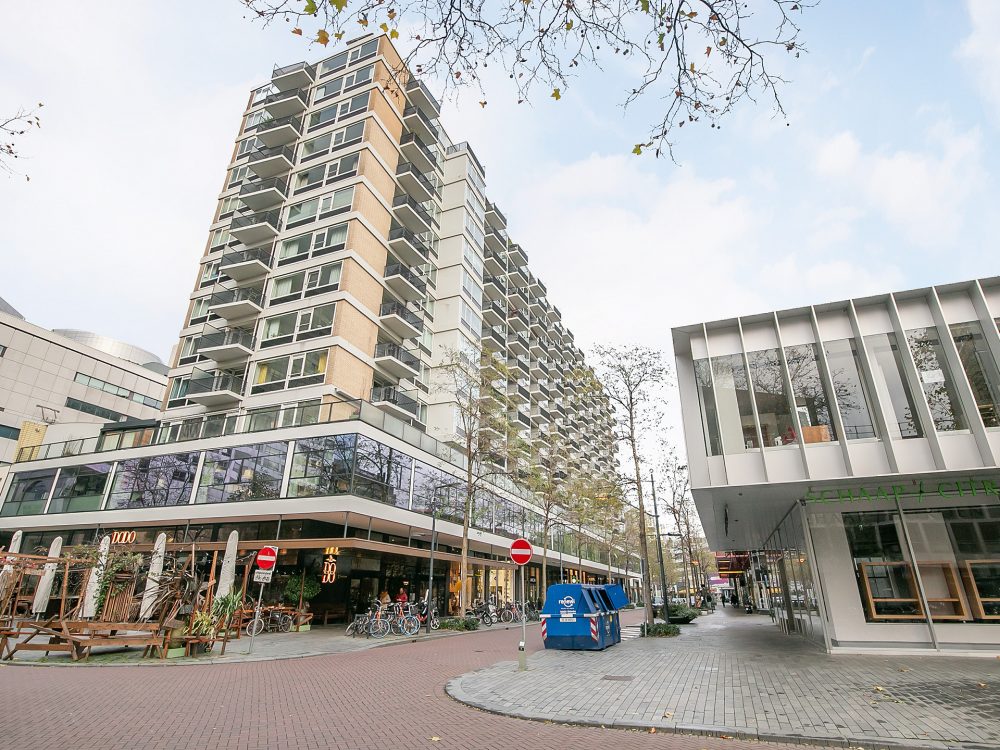 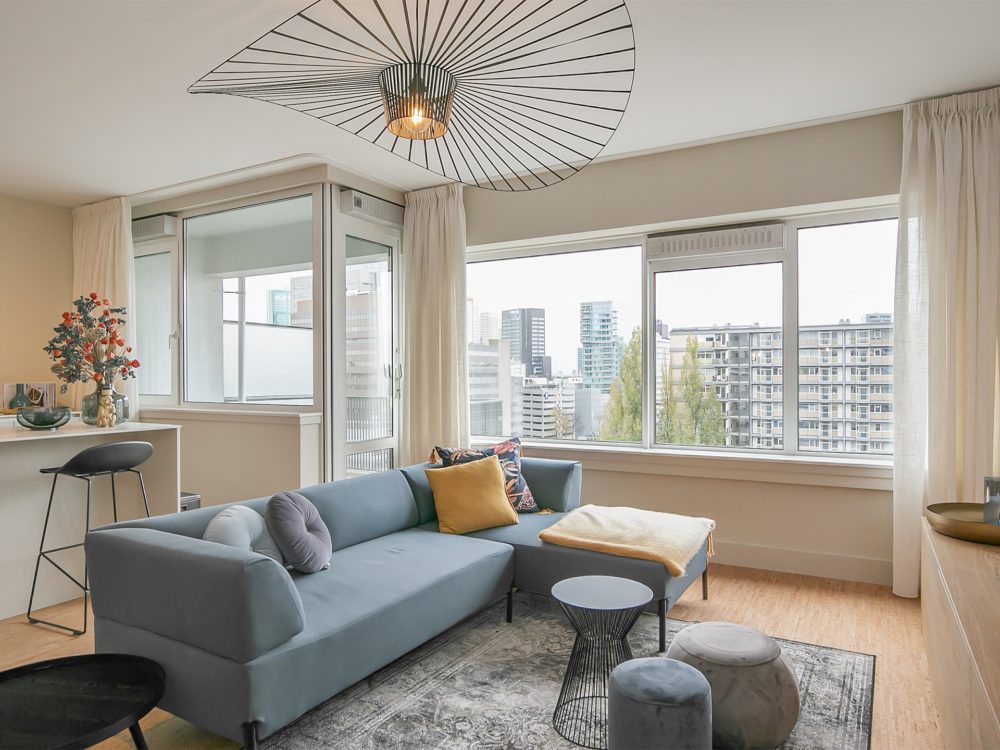 Architect Huig Maaskant (1907-1977) played an important role in modern Dutch architecture. He designed groundbreaking and complex metropolitan buildings such as the Groot Handelsgebouw, the Euromast and Hilton Rotterdam. Huig Maaskant is seen as the source of inspiration and forerunner for the generation of, among others, Winy Maas (MVRDV), Adriaan Geuze (West 8), Willem Jan Neutelings and Rem Koolhaas (OMA).

The Kruiskade is located in the heart of the shopping district, just between the Rotterdam Central District and the Lijnbaankwartier, with many restaurants and bars, theatres, cinema and only a minute's walk from Rotterdam Central Station. An area buzzing with life.